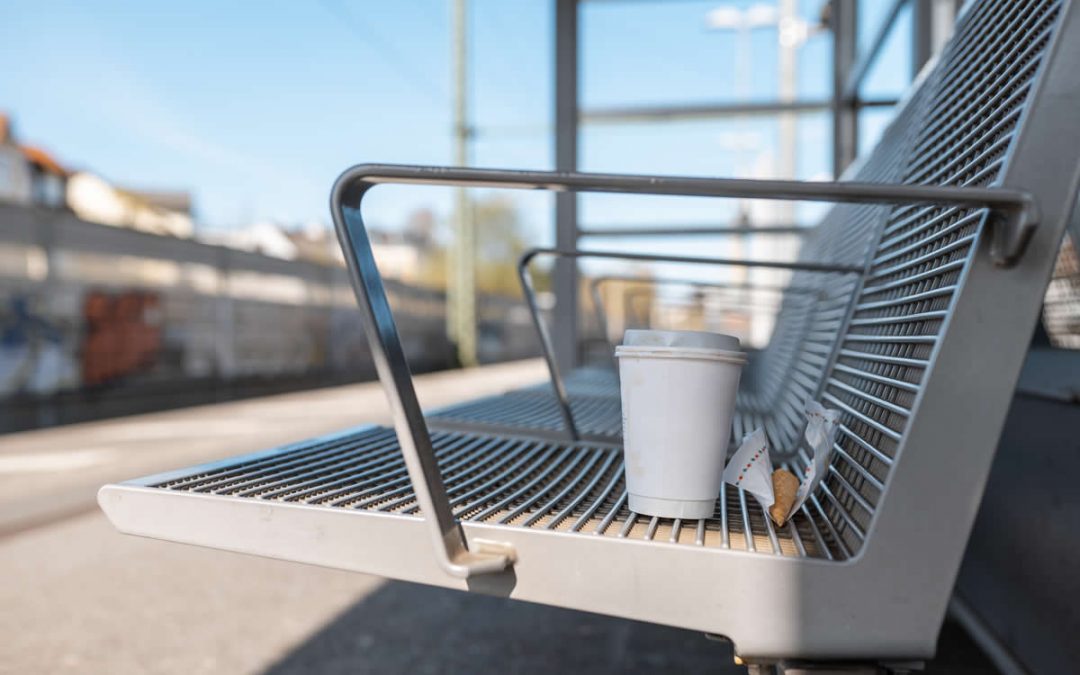 According to a recent article appearing on the Network Rail website, a 6-month trial has recently got underway in late June 2020 that aims to make Victoria Station Britain’s best station for recycling. London Victoria is the 2nd largest station in Britain and it’s teamed up with consultancy firm The Green Block and train operators with the aim of recycling up to 85% of all rubbish and waste that’s left at the station.

Since plastic pollution is a huge issue, the article cites the example of a single plastic bottle that’s been purchased from a retailer at the station. The user drinks the water and throws the single-use plastic bottle in the bin. When the bin is emptied, the waste is moved off-site and sorted in separate waste streams by hand. The bottle, along with other discarded plastic, is washed and then baled. The bale then gets transported to a plastic recycling company that shreds, melts and reshapes it into a product that is then sold on to a plastic bottle manufacturing company, who uses it to make a new plastic product that then appears back in a retail outlet – thus completing the plastic bottle recycling circle.

Of course, plastic bottles are only one example and we hope that the project will also deal with other problematic waste including drinks cartons, polystyrene cups and plastic packaging too. According to Nicole Cohen-Wray from Network Rail:

“We’re really excited about this trial and this is a big opportunity to reduce our environmental footprint.”

There’s no doubt that this is yet another great initiative that gives us hope that we’re all making progress when it comes to dealing with London’s unwanted rubbish and it’ll be interesting to see how things pan out once the 6-month trial ends in December.

At this point, and since a plastic bottle was used as an example, it’s worth pointing out that there are many, many great projects and schemes that are already underway not just in London, but around the globe. For example, Refill London already offers consumers a way to fill up their empty water bottles at various outlets across London, which means the bottle doesn’t need to go through the lengthy and somewhat expensive recycling process in the first place. Those wishing to benefit from the Refill London scheme can download an app that shows them the nearest filling point based on their current location.

If you’re curious about other innovations regarding dealing with the monumental problems caused by plastic around the world, you may also be interested in reading about bugs that can eat plastic and how researchers have found that plastic can now be simulated using crab shells and trees!