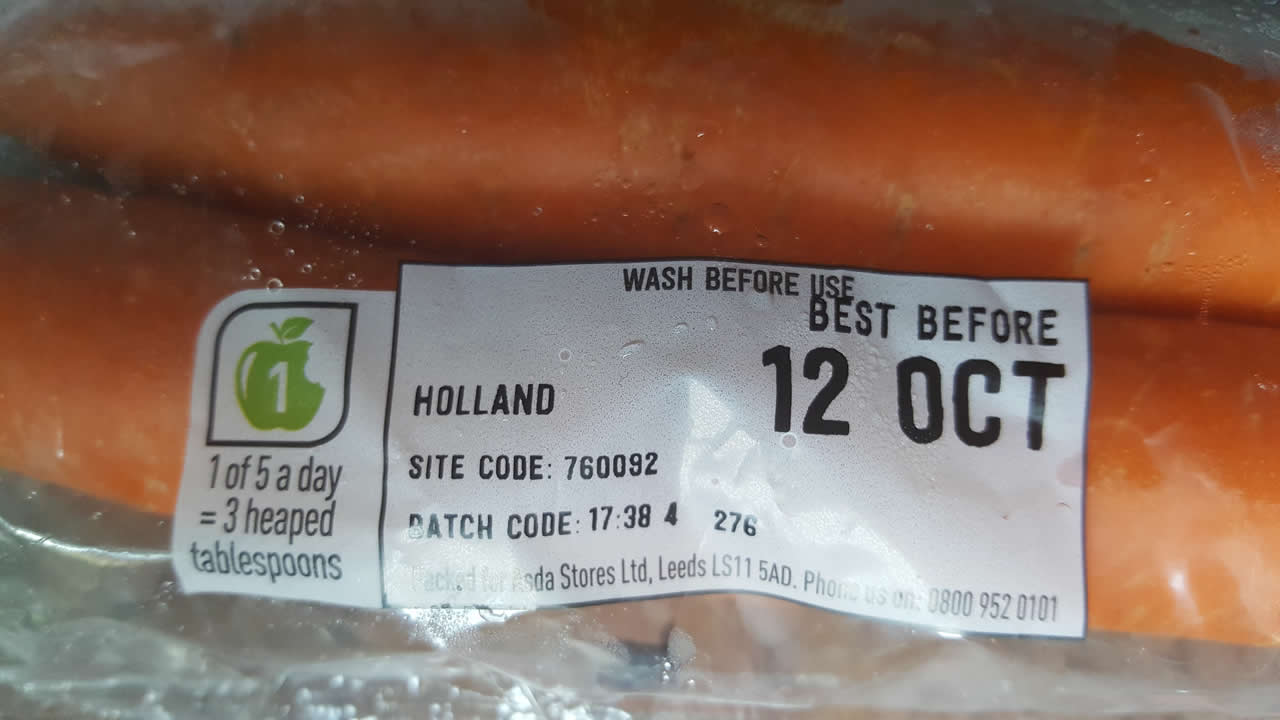 We reported back in May of this year that supermarket giant Tesco had announced that it intended to remove “Best Before” dates on some of its fruit and veg products in order to help cut down on the amount of food we waste each year. As of today (Monday 8th October 2018), the full plan has come to fruition (no pun intended!).

Tesco, which is the largest grocer in the country, has said that along with the 70 lines already cut, it’s now added 116 more items to the scrapped ‘Best Before’ date labels on certain fresh fruits and vegetables. This does, of course, mean that we’re now required to think for ourselves when deciding if the items we’ve bought are fit to eat or are destined for the dustbin.

If you pop into your nearest Tesco from today, you should see that Best Before labels are no longer on popular items such as own-brand apples, oranges, cabbages, asparagus and many more types of produce. They’ve already been axed for other edible produce including potatoes, onions, lemons, apples and certain other fresh fruit. It’s also reassuring that our high street supermarkets are taking a variety of steps to reduce waste, including the plastic packaging it comes in.

As our previous article mentions, the BBDs (Best Before Dates) on produce were intended to be a guideline as to whether the stuff in your fridge or grocery cupboard was fit to eat, although many people still see it as an absolute, and chuck stuff away that’s perfectly fine simply because the BBD told them otherwise.

Some estimates claim that the UK alone is responsible for binning around 7 million tonnes of food and drink every single year, with 2 million of this being attributed to households. Furthermore, 67 thousand tonnes are thought to be wasted simply because of the Best Before date being misinterpreted. If you’re thrifty, then it’s also worth noting that the average household throws away approximately £470 worth of food annually.

According to WRAP, (The Waste and Resources Action Programme) for every 2 tonnes we consume, another 1 tonne is wasted. In other words, one-third of the food we eat is being thrown into the waste bin.

Use By vs. Best Before

To avoid any confusion, whilst the fruit and veg produce mentioned above falls under the Best Before category, other items such as meat, fish, eggs and dairy will still carry a mandatory Use By date due to there being a safety risk if eaten after the date on the label. It’s therefore important that the ‘Use By’ date isn’t exceeded to avoid any health-related issues.

Most people will probably already be aware that the way we store our fruit and vegetables is a huge influence on how long they’re likely to last. If we store it correctly, then its shelf life can be extended past the Best Before. If left in warm, bright conditions, it’s not going to last as long as it would if we’d popped in the fridge or a cool, dark cupboard instead.

The whole point of Tesco’s recent move highlights that we need to use our own discretion more, and think for ourselves when deciding whether or not to bin something simply because it’s gone past the Best Before date.