Various size skips available, all at great prices. Contact us today to hire a skip in Cricklewood. 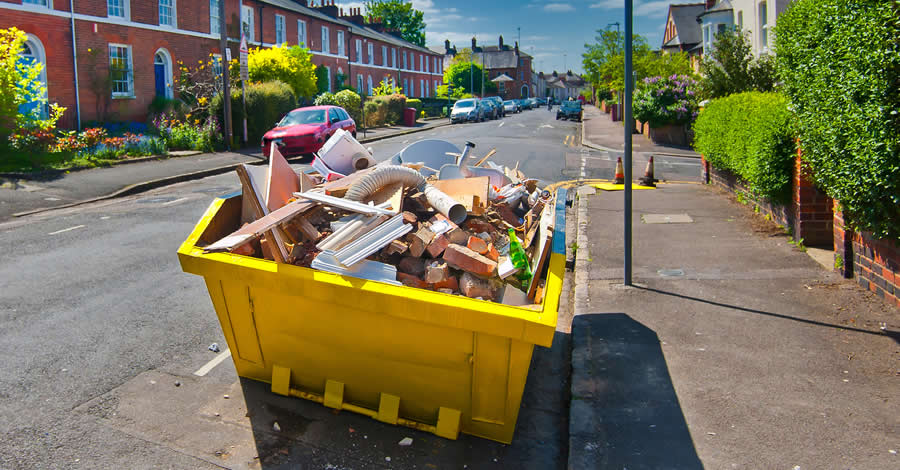 Maybe your house in Cricklewood needs de-cluttering or the garage or loft needs clearing of all the excess junk, debris and litter. Perhaps you’ve just fitted a new kitchen or bathroom and need to dispose of the old one.

If you’ve decided to spruce up the garden or demolish that old shed to make space for a new one, you’ll need to get rid of all that unwanted waste at some point. That’s when it’s time to call in the garbage removal professionals.

If you’re not sure what size skip you’ll need to hire, we’ll be able to offer expert advice based on the amount of trash that needs removing.

Is your Cricklewood business having a refit or do you have an ongoing waste stream that needs clearing regularly? Have you just taken over a shop or office that’s full of litter and debris that needs removing?

Are you a property developer in Cricklewood that needs your site kept clear and free of debris, garbage and trash? If so, Metro Waste provide a range of skip sizes to choose from, so you can pick the size that’s right for you.

If any of the above scenarios apply to you, get in touch with Metro Waste to see how we can help you clear away your waste in Cricklewood, North West London NW2.

Is hiring a skip in Cricklewood not an option?

There are times when a skip just isn’t suitable for the job. Our Cricklewood rubbish clearance service is a great alternative. We’re fully insured and are a Licensed Waste Carrier with the Environment Agency.

In June 2001, a lynx was captured in Cricklewood after 10 years of sightings by residents. The animal was originally nicknamed the “Beast of Barnet” by the local press following numerous sightings of a similarly sized animal around south Hertfordshire and the fringes of north London. A senior veterinary officer for the London Zoological Society arrived with the task of sedating the beast using a tranquiliser gun. It is believed that someone was keeping the animal illegally and it had escaped. The lynx was taken to London Zoo and named Lara.

“With Shoot-Up Hill before us, We leave the hemmed-in town, And raise a country chorus, To Cricklewood and The Crown

There stood a village marketplace, Where now you buy your yams, And I like in memory to trace, The red electric trams.

However far their journeys made, They always waited here, And in this terracotta shade, Their passengers drank beer.”