Should I crush cans for recycling? 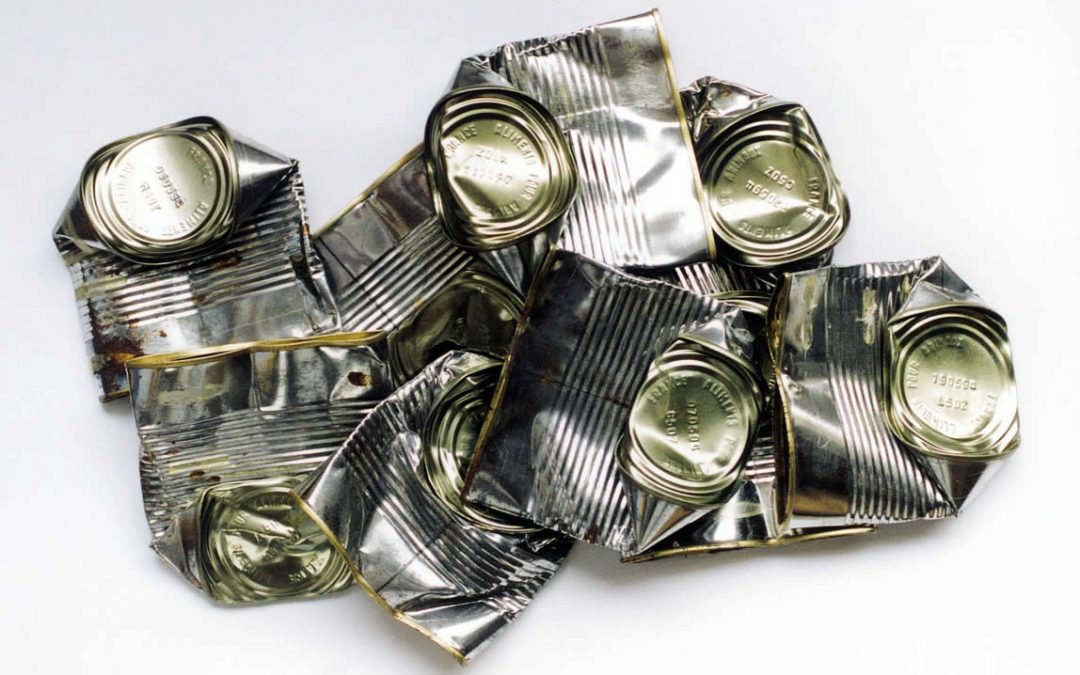 Image by BRRT from Pixabay

It may seem like an odd question as you’d think the answer would be self-evident. I mean, why on earth wouldn’t you crush a can before throwing it in the recycling bin? For one, it saves on space; if you use a lot of tin cans and plastic items during the week, your recycling bin or bag can fill up pretty quickly. Plus the fact that when it gets thrown into the garbage truck by your local bin men, it gets compacted down hydraulically anyway.

If you think this all sounds like common sense, think again…

It turns out that it may not be such a good idea after all. According to this article, which cites a similar article on Lifehacker, it could be a lot tougher for your local recycling plant to distinguish between a tin can that’s flat and a tin can that still has its original round shape.

There are still scenarios where a can that’s been stomped on is fine; if you live in an area where all your rubbish has to be sorted into separate waste streams (e.g. metal, paper/cardboard, plastic, food waste etc.) then you’re fine as all the metal will reside in one particular stream. However, if some of the recyclable waste is mixed, then you should leave your tin can uncrushed. As some local authorities still require that you mix your household rubbish together in the same recycling bin or bag (e.g. plastic and metal get recycled together) it’s this mixture that can be the cause of the problem.

Reasons not to crush your cans

The large industrial machinery that’s typically used to automatically sort the waste into separate categories often can’t sort squashed cans from other items as it can’t distinguish a flat can from other items with a similar size and density. Also bear in mind that, despite its illustrious history, a “tin can” isn’t necessarily made of tin and neither is it magnetic; many cans are made of aluminium and these can’t be sorted using electromagnets as aluminium isn’t magnetic – Try sticking a magnetic to one of your aluminium kitchen saucepans and you’ll see what we mean.

In a nutshell, most of the machine sorting is determined by the shape and size of an object (without human intervention) and the machines often can’t recognize a tin can that’s flat, so it simply pushed it into the non-recyclable pile that is then destined for a landfill site. Worse still, if it thinks it’s something else, like paper for example, it will then place the can with the paper and carboard, thus contaminating that entire waste stream. The terrible result is that the entire paper/card stream batch will ultimately go to landfill too.

Alarmingly, Matt Meenan, of the ‘Aluminum Association’ (sic) in the United States has widely been quoted in various newspapers as saying that just in the US alone, around 40 billion (yes, billion!) cans still end up in landfill every year.

If that isn’t a reason to stop your tin-can-stomping habit, I don’t know what is!