London behind the rest of UK for household waste recycling 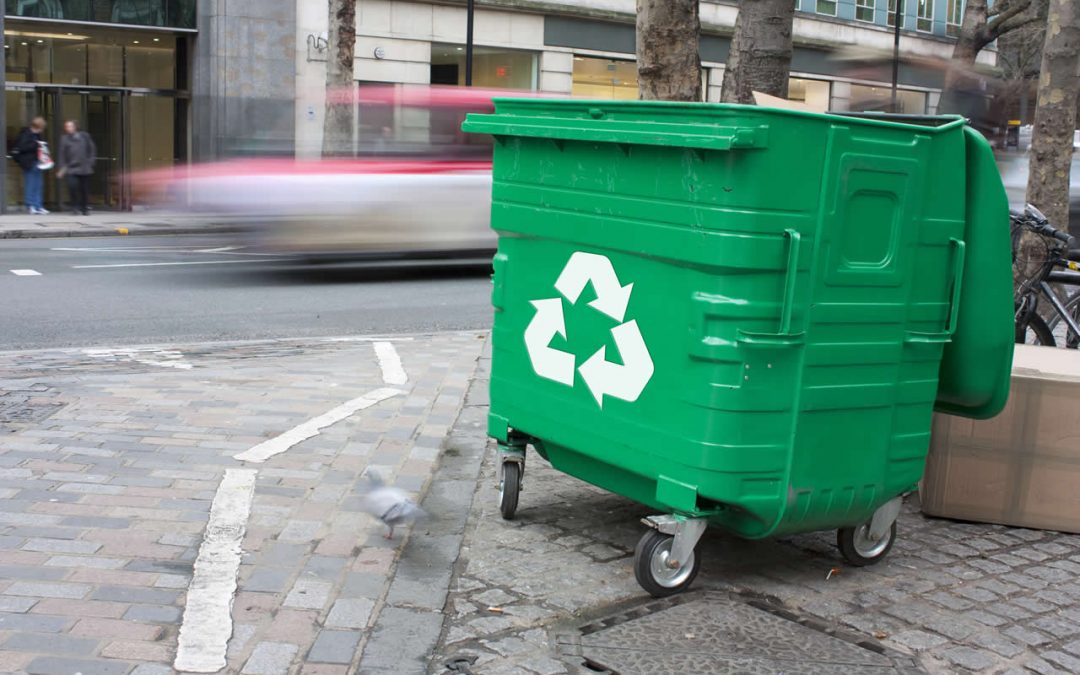 Following on from our recent post concerning how much waste is produced in the UK each year, this got us wondering about how London might compare with the rest of England when it comes to the recycling of household waste. Well, it didn’t take long to find the DEFRA (Department for Environment, Food & Rural Affairs) stats, and the findings aren’t that impressive.

Unfortunately, according to the report, us Londoners are at the bottom of the pile when comparing London household recycling rates to other regions in the UK. Or to put it another way, we top the list for having the worst record for recycling our daily waste at home. But, don’t despair as there are mitigating circumstances that may help to alleviate any pangs of guilt you may be feeling. First, let’s take a look at the actual numbers to see what they reveal.

In the graph below, you can see that not much has changed between the 2017/18 and 2018/19 years and both years, London achieved the lowest percentage rates for recycling, with the South West of England coming out best with a little over 50% 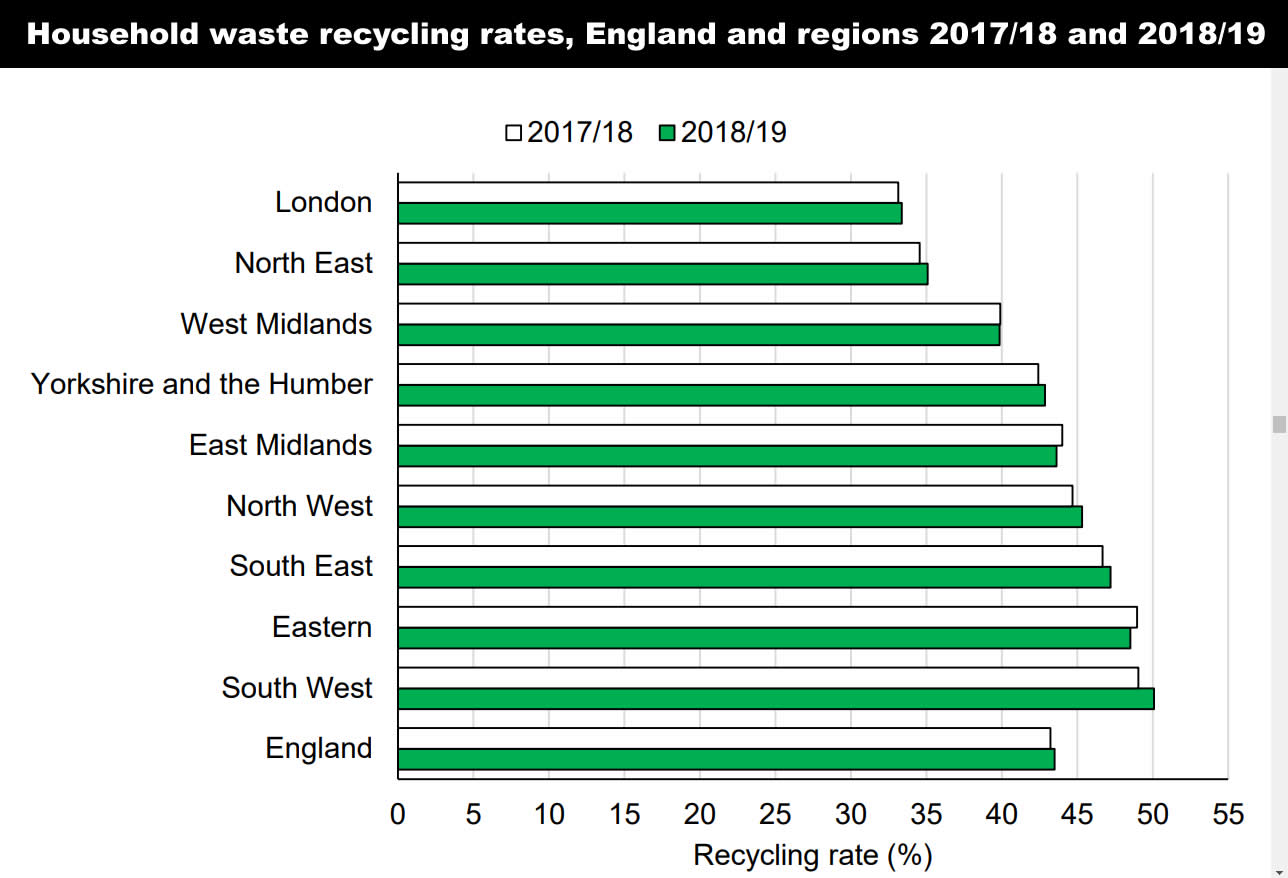 What reasons are there for London being the worst?

In the lengthy report (which you can see in full here), the key points for the report concerning waste from English Households for 2018/2019 can be seen in the document, but if you don’t have time to read it, here is the summary:

At a glance, it may seem disheartening if you live in London and are doing your best to recycle as much as you can, whilst still seeing your home city at the bottom of the list. But, don’t feel too bad; remember, London is the most densely populated area in the UK and this has a significant impact on the recycling rates in general. Lastly, if you’re having difficulty getting rid of any of your waste, you can benefit by saving time and money and choosing us to dispose of it instead.