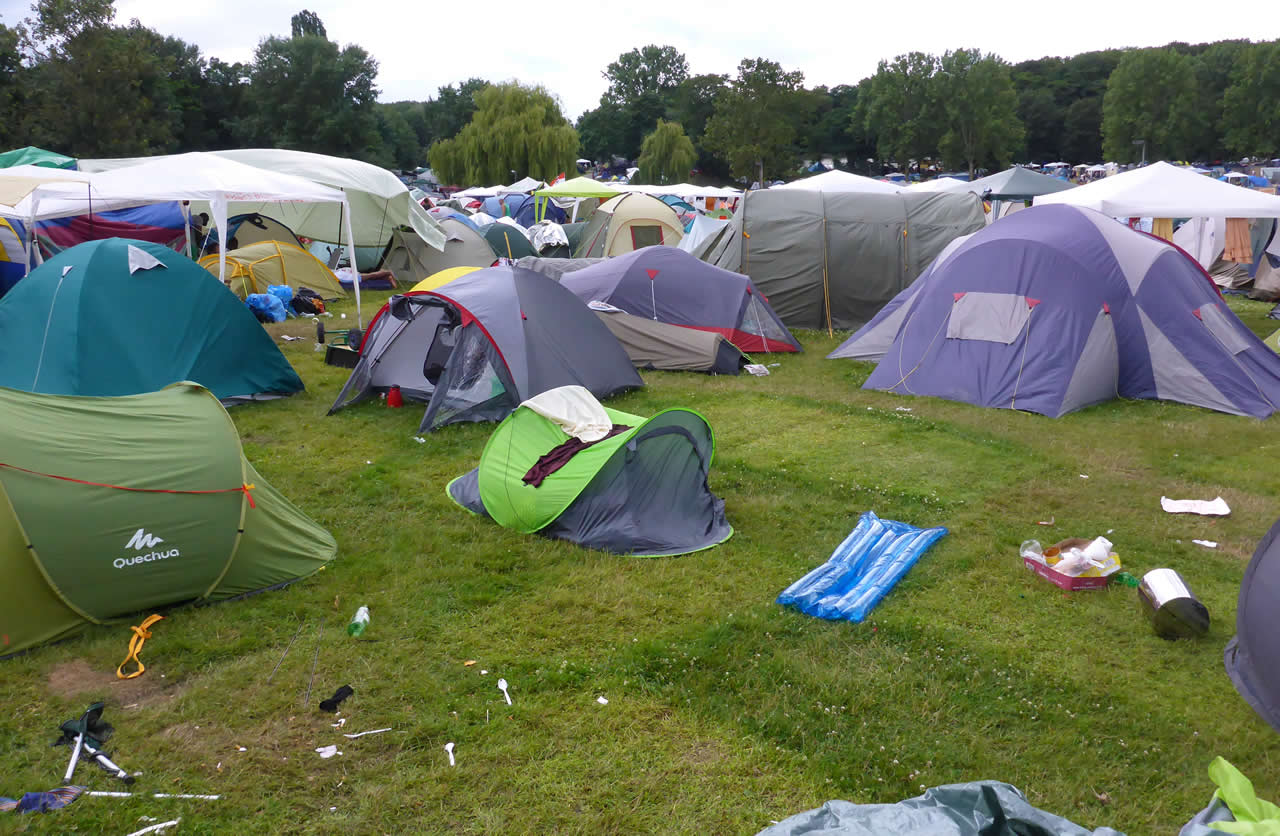 A recent report highlighting the problem of the sheer volume of rubbish left behind at the Reading Festival in Berkshire is an all too common occurrence up and down the country. With the 2018 summer festival season now coming to an end, it’s the same old story at pretty much any festival you attend. After the partying is over, the organisers are left with the mammoth task of the cleaning up all the waste that just simply gets left behind by revellers.

Yep, that’s not a typo… An estimated sixty thousand tents have been left behind at the 2018 Reading festival alone, with many of them only being used once before being discarded. The problem is that the vast majority of them can’t be recycled or even given to charities after they’ve been used and abused. As a result, they’ll be carted off to landfill sites instead.

With the cost of new tents being so cheap nowadays (many at £30 or less), festival goers just simply leave them still erected and head off home without them. The camping ground of the Reading Festival borders the River Thames and if you’re passing the site by boat, you’ll see a shockingly huge swathe of discarded litter and used tents as you pass by on the water.

Who pays for the Cleanup?

Festival organisers now factor in the cost of the cleanup in the sale of ticket prices so perhaps if there wasn’t literally tons of rubbish left to clear up afterwards, the cost of tickets could arguably be cheaper to buy in the first place.

Sadly, the organisers did indeed confirm that most of the tents will go to landfill as their cleanup operation got underway. As well as tents, there is a mind-boggling amount of litter strewn across the grass fields. These include food, drinks cans, cardboard and plastic food containers, blankets, towels, plastic carrier bags and pop-up chairs etc.

The mammoth cleanup operation typically runs for 21 hours a day until the mess is cleaned up and an army of volunteers together with contracted rubbish collectors get to work picking up all of the litter until the site is cleared of debris. Whilst some of the items can be recycled, much of it still ends up going to landfill.

Any associated clearing up outside of the Reading Festival grounds in adjacent parkland and roads is taken care of by the council with cost being borne by the festival organisers.