What Is E10 Petrol And How Will It Affect You? 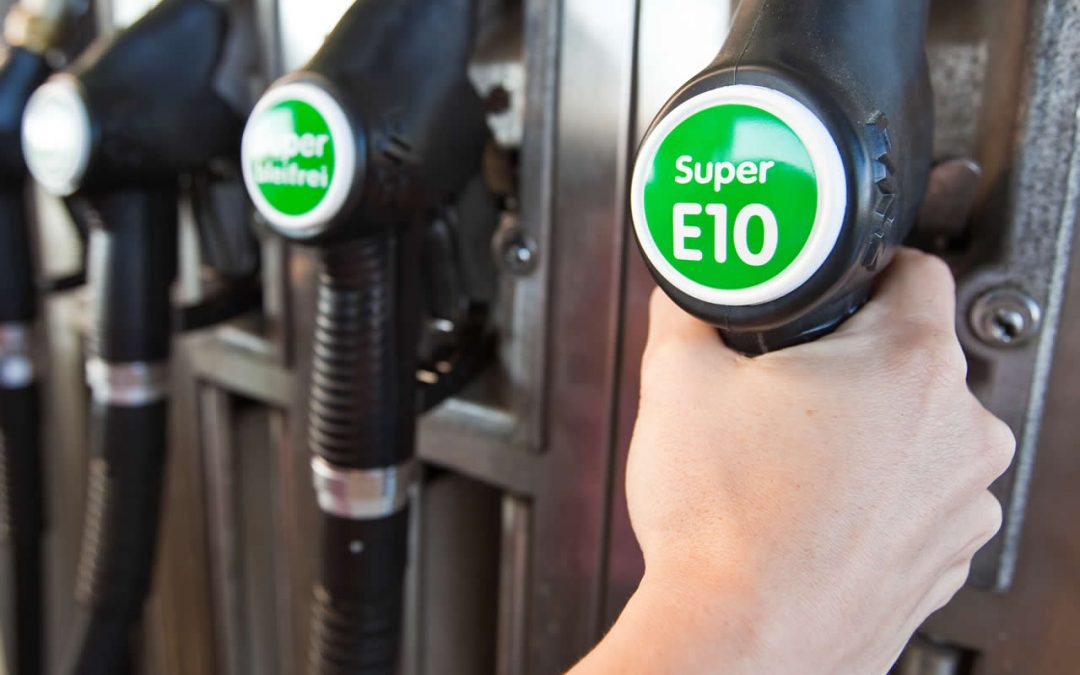 Announced by the government today, UK drivers may soon be filling their fuel tanks with a new type of fuel dubbed “E10 petrol”. The current Transport Secretary, Grant Shapps made the announcement today (4th March 2020) which could see UK CO2 (carbon dioxide) emissions reduced by around 750,000 tonnes per year. It’s though that if this is the case, then it would be the equivalent of removing 350,000 cars from our roads.

Today’s standard unleaded petrol already contains up to 5% bioethanol and the E10 and E5 names directly relates to this. In other words:

Mr Shapps is quoted as saying:

“The next 15 years will be absolutely crucial for slashing emissions from our roads, as we all start to feel the benefits of the transition to a zero-emission future. But before electric cars become the norm, we want to take advantage of reduced CO2 emissions today. This small switch to petrol containing bioethanol at 10% will help drivers across country reduce the environmental impact of every journey. Overall this could equate to about 350,000 cars being taken off our roads entirely.”

Yes and no. E10 will be a new concept for UK drivers but if you travel abroad you may have already used it. For example, the E10 blend is already widely available in other EU countries such as Belgium, Finland, France and Germany. Here in the UK, we’ve already seen new labels on filling station forecourts which highlight the biofuel content of each fuel so that they can choose the correct one for their particular vehicle.

Will my car be compatible with E10 petrol?

This depends on your vehicle. Since E10 is petrol-based, this won’t have an impact on you if you drive a diesel car or van. However, if your car is quite old (e.g. built before the year 2000), there is some speculation that it may cause problems as older engines simply won’t be able to cope with E10 due to its higher bioethanol content. This concern is echoed on the What Car website, which mentions that it could cause “significant” problems as it could either dislodge deposits in the engine and fuel system or cause a blockage. Not only that, it could cause leaks brought about by the speeding up of corrosion in seals and gaskets. This concern was echoed by the RAC in a 2016 article on their website. It quotes a study carried out by the Society of Motor Manufacturers and Traders (SMMT), who estimate around 92% of the petrol-engines will be compatible, but 8% won’t be. Interestingly, the article did also highlight some inherent problems with bringing it to the market, calling it a “chicken and egg” scenario.

To help you figure out if your car will be compatible with E10 petrol, here’s a good place to start. This links to the European Automobile Manufacturers’ Association (ACEA) which represents 16 of Europe’s major car, van, truck and bus makers. The downloadable PDF document gives a good list of the makes/models that ARE compatible with the new E10 fuel.

Whilst we love to write articles about new, greener initiatives that help cut pollution, especially in London, there still seems to be much confusion over the impact that the introduction of E10 may have on road users who live on a tight budget and can only afford to drive an older model of car. for folks like this, it could turn out quite costly.

Links to government sources in the above article are available under the Open Government Licence v3.0