Will Sky Lanterns Be Banned In The UK? 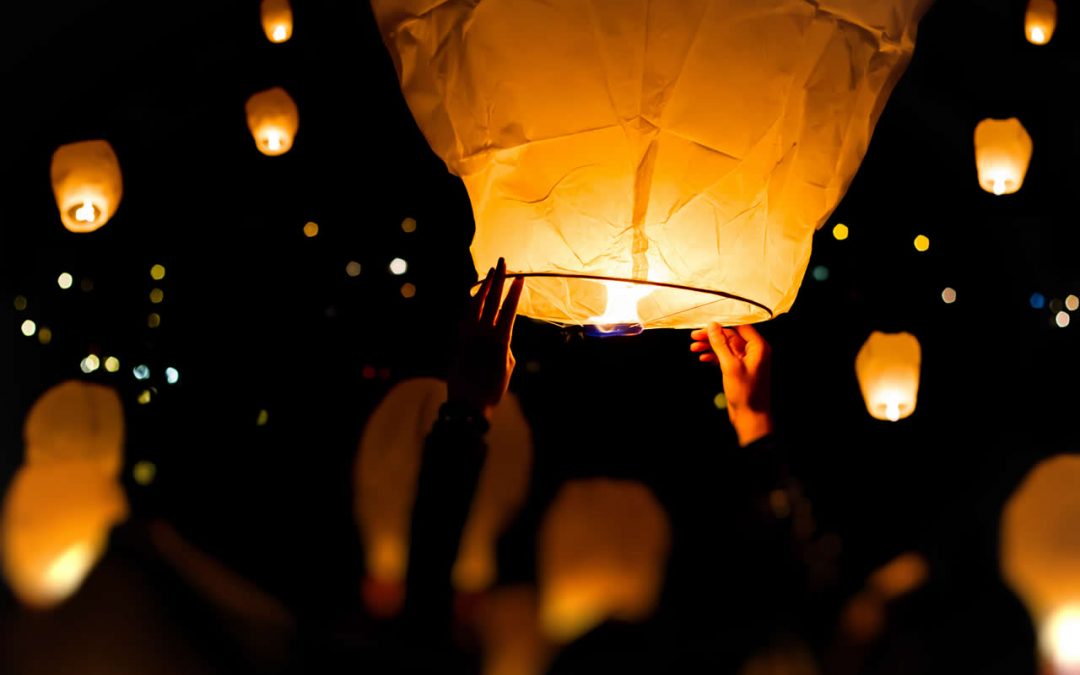 With May 2020 set to become the driest May on record ever, the risk of a fire breaking out in one of our skips is more of a possibility. Similarly, fires can easily break out in the countryside too from something as small as a discarded cigarette butt, a used BBQ or more worryingly, a Chinese lantern that’s still alight when it lands. Although they look pretty as they ascend skyward, the fallout from Chinese lanterns is now a well-acknowledged environmental issue as they can wreak havoc if they ignite straw, dry tinder or leaves when they land.

As such, Chinese lanterns (or sky-lanterns) look set to be banned soon by North East Derbyshire District Council. According to the NEDDC website, it’s introduced a charter designed to ban the release of sky lanterns and helium balloons on its land with the aim of helping to protect the environment and the creatures that live in it. As you’re probably already aware, Chinese lanterns are essentially a miniature hot air balloon consisting of a wire frame covered in thin paper with a place at the bottom for the flame to heat the air inside. The obvious problem that arises is that as the flame begins to burn-out the lantern can descend quickly while the flame is still burning or thay can catch fire when airborne.

This very real problem of sky lanterns was highlighted back in January when one was thought to be the cause of a devasting fire that ripped through a zoo in Germany in the early hours on New Year’s Day. The fire led to the death of over 30 animals including orangutans, gorillas, a chimpanzee, monkeys, birds and bats. Although illegal in Germany, the UK doesn’t have a nationwide ban on Chinese lanterns but that could be set to change. Aside from them being a fire hazard, they can also cause injury or death to wildlife, with some animals either ingesting parts of them or getting tangled/trapped in them. Once ingested, any sharp parts of the frame can tear or puncture an animals throat or stomach, leading to a painful death.

The problem of Chinese lanterns is further compounded by the fact that it can take decades for the lanterns to degrade, even so-called environmentally friendly ones that have bamboo frames. This means that each one that isn’t disposed of will most likely litter the land for years on end. Add to that the fact that once airborne, the sky lantern will float away in the breeze and burn for a random amount of time, meaning its final landing place will be unknown.

Although the release of Chinese lanterns is illegal on public land in Wales, there’s no such law in England yet, and it’s left up to the discretion of the local authority as to whether they permit their release or not.

Despite growing calls to ban them altogether in the UK, sky lanterns have become a popular form of celebration and you’ll often see them used at weddings, birthdays or other types of parties or social gatherings. So, if you’re tempted to buy a lantern, think twice before doing so, especially since the RSPCA has long condemned their use. Fortunately, the RSPCA is being proactive by offering alternative ways to celebrate on their website that don’t involve lighting lanterns.

When we’re not busy blogging about our environment, we’re out and about 6 days a week removing London’s rubbish. If you’d like to find out more about what we do, this page provides details of the waste management options we provide.